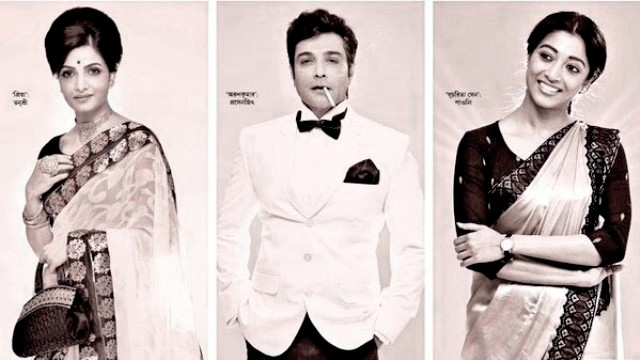 Tollywood superstar Prosenjit Chatterjee says his character in the period-look telly serial ‘Mahanayak’ bears traces of both Uttam Kumar and Biswajit Chatterjee. “Yes for months during shoots, I was confined within the looks of a superstar representing that era. You can say I carried the looks of both Uttamjethu and my father Biswajit Chatterjee. I totally inhabited in that period and tried to get into the skin of my matinee idol character by sporting the retro look,” Prosenjit who is named Arun, told PTI at the pre-telecast premier of certain visuals of the much anticipated serial. Years back, in the early ’90s, Prosenjit played Rahul in Kagojer Bou based on a novel of the same name by Shishendu Mukhopadhyay . He had also appeared in yet another serial, Tritiyo Purush. Though he kept busy with films, Prosenjit also did two non-fiction shows Banglar Sera Paribar and Tumi Je Aamar in 2013 and 2014.

Sporting the 60s’ glamourous heroine’s party look at the programme, principal female lead of the serial Paoli Dam, whose character is interestingly called ‘Sucharita’, stopped short of describing it as inspired by Suchitra Sen’s life. Director Birsa Dasgupta said “Mahanayak follows the professional and personal journey of an actor, who is considered a superstar. Though I myself consider Uttamkumar as ‘Mahanayak’, I will not say the episodes are real life events of the matinee idol. But in any case such a character, etched out on a large canvas, can only be handled by Prosenjit Chatterjee.”A six-member team led by director Kamaleswar Mukherjee has gone through the large film archive of that time to string the narrative for different episodes and recreate the set, costume and feel of that era, Birsa said. “Piku” music director Anupam Roy, present at the select footage launch, said “Like every Bengali I also grew up watching films acted by the ‘Mahanayak and Mahanayika’ and my all time favourite musical is the Uttam-Suchitra starrer Saptapadi. But exactly don’t know about the content of this soap.”

The serial will be telecast from June 27 on a leading Bengali entertainment channel. 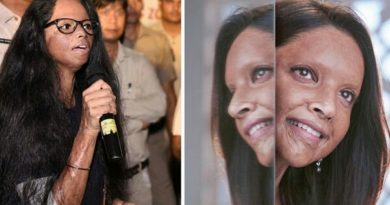 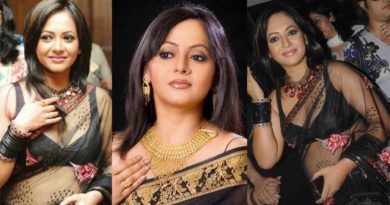