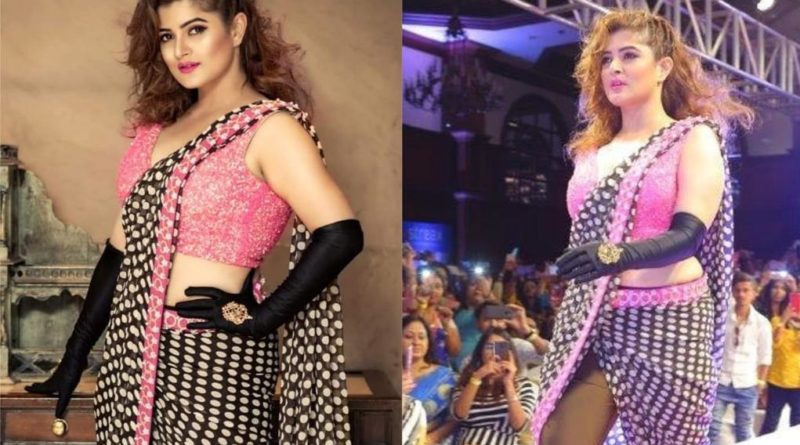 Hours ago, Calcutta times has shared a video on their Facebook page, where we can see they are interviewing famous actress Srabanti Chatterjee. Till now, the video has spread in almost every Facebook users wall by some Srabanti fans. After some gap, we have seen Srabanti to back her own professional life with a new retro look. She is confident about her look and she said she was little bit tensed. But now, she is happy and gaining a lot of confidence because, she have done her work successfully.

In the video, we can see that Srabanti Chatterjee is looking gorgeous with the new look. She wears a pink and black stripped saree with a pair of black hand gloves which makes her more beautiful. We haven’t ever seen Srabanti as like this before. She said in the interview of Bengal times that, she is doing ramp walk for the first time in her whole career. She got many offers before, but it is the first time she did ramp walk in her life. After a short gap from film industry for her marriage she finally re-entered with full enthusiasm. She thanks to the whole team for their help and support.

Proud to be associated with @streaxprofessional

On 19 April 2019 Srabanti Chatterjee got married with Roshan Singh, a cabin crew supervisor and also a gym owner. By the way, Srabanti got married at the age of 16 to a film director Rajiv Kumar Biswas in 2003 and they also have a boy named ‘Abhimanyu’. After her divorce in 2016, she got married for the second time to a model and photographer Krishan Vraj. They got divorced in 2017. Now, the third marriage of Srabanti Chatterjee with Roshan Singh created a controversy in all over the social media. She has faced several trolls for marrying for the third time. Many actors and actresses from Bengali movie industry comes forward to help him and give her some support in this situation. They asked people not to give negative comments on someone’s personal life. With this great comeback in Bengali movie industry people are expecting more movies and shows form Srabanti Chatterjee.

Peace is the beauty of life. 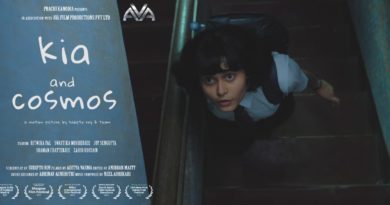 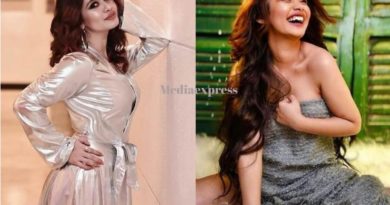 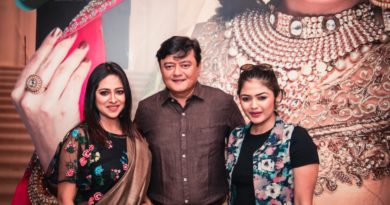