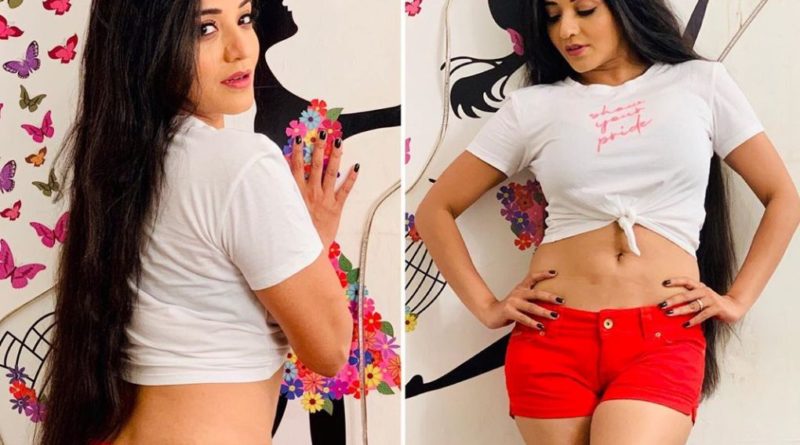 Nazar actress and Bhojpuri sensation Antara Biswas better known by her stage name Mona Lisa has once again taken over social media after she posted a series of photos in which she is dressed in a sexy and sultry white crop top with red colored shorts. The seductive and sexy pose in which she is flaunting her sexy navel and hot curves. Mona Lisa shared a couple of such photos which have set the Internet on fire!

She has done over 200 Bhojpuri films, and has also appeared in Hindi, Bengali, Tamil, Kannada and Telugu films. She was a contestant of Indian show Bigg Boss 10 in 2016. She became extremely popular after she participated in the 10th season of controversial reality show Bigg Boss which is hosted by Bollywood superstar Salman khan. She also grabbed all headlines when she got married to her boyfriend Vikrant Singh Rajput on national television while she was in the Bigg Boss house.She is currently playing the negative role of Mohana in Star Plus Nazar, for which she has received much appreciation for her portrayal of the latter.

She acted in several low budget films before making her debut in Bollywood with Blackmail, starring Ajay Devgn and Suniel Shetty. She then acted in South Indian films before coming to notice through her role in Tauba Tauba opposite Amin Gazi. She acted in a Kannada film titled Jackpot. She has been entertaining us for the past several years and she is a very popular Bhojpuri actress and she has worked with all the big stars from the Bhojpuri film industry such as Dinesh Lal Yadav aka Nirahua, Pravesh Lal Yadav, Ravi Kishan, among many others.

Mona Lisa has been winning the Internet with her sexy and hot photos as well as videos. Have a look : 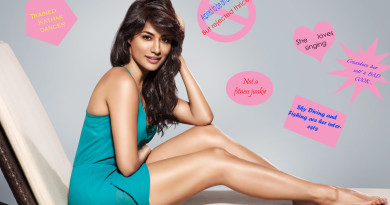 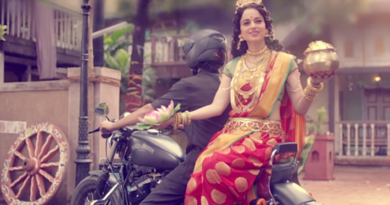 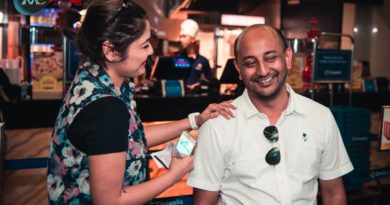 Dwikhandito movie review: Dwikhandito proves once again Art has to be truthful